Building Accountability into the Innovation and Change Process 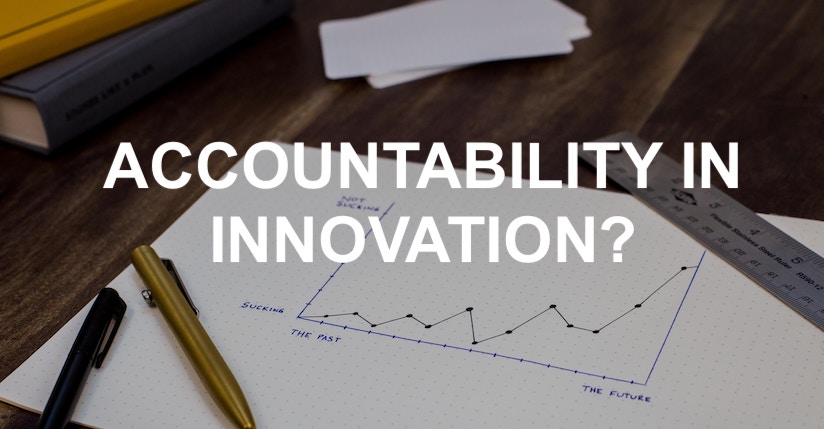 Recently I made a new acquaintance who asked me when he found out what I did, “how do you make people accountable for results at a university.”  He was new to higher education administration and “frustrated beyond belief” that people responsible for leading change were not held accountable when it did not occur.”

In my 31 years as a vice president at three very different universities, the most impressive accountability model occurred during the 1980’s under the presidency of John W. Porter at Eastern Michigan University.

During his first year, President Porter spent an enormous amount of time and energy to deeply identify the University’s strengths and weaknesses.  He created the foundation for change by sharing his findings and ideas for change and by encouraging and listening to feedback. He asked tough, penetrating questions and was unwilling to accept prevailing common wisdom that success eluded the University due to reasons beyond its control.

Under the Board of Regent’s mandate to turn the University around he realized that doing so required strong leadership, a clear vision for its future success and a total institutional commitment for making it happen. He also recognized that innovation and change would not be possible without restructuring how it would be led and managed. Most important was making certain that there were goals, objectives, and metrics for each undertaking and that a specific individual was delegated responsibility and held accountable for attaining desired end-results.

President John Porter identified six goals and four principles that would guide what he termed the Decade of Advancement’s efforts to turn the University around.

The executive vice president, provost, and vice presidents were each assigned overall accountability for a specific goal and required to create specific tactics (action steps), outcomes, metrics, milestones and boundary-spanning teams for implementation.

Excuses for lack of performance outcomes were unacceptable. The goals were not add-ons to be worked on when all the “fires” were put out.  They were central to turning the University around and at the core of what needed executive focus.

Collaboration was critical to success since each goal was a boundary-spanning initiative.  The pressures exerted for accountability forced silo-oriented behavior into the background. The president’s executive council became very cohesive as a result and cross-divisional behaviors focused on collaboration and cooperation.

There was not a lot of money available for new projects and the competition for funding was intense. However, reallocating resources was easy to do as long as it could be justified for achieving the outcomes of a goal area and was supported by the guiding principles.

Behavior shapes culture. The Decade of Advancement was highly successful. The University recreated itself and celebrated success.  Lots of new ideas and innovations were identified as a result of the efforts that led to institutional success, but since they did not directly contribute to goal outcomes they were put on hold.

The foundation for establishing accountability was creating a future oriented vision, strategic thinking and planning, establishing goals with time-bounded action steps and metrics.

The major take-aways for success from John Porter’s example are:

Undergirding the change process was the intentional plan to integrate new ideas and innovations as they emerged and were developed instead of waiting until a comprehensive plan could be produced and change fatigue had reached crisis proportion. Seeing progress happen as outcomes were integrated and desired results emerged gave energy for continued efforts.  Also, as progress was achieved, resisters were gradually won over to become supporters of the strategy.

About the Author: Laurence Smith